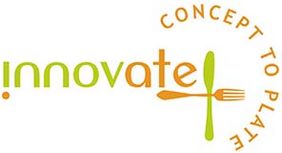 Rietberg/Germany, 11 February 2020. The Scottish company Innovate Foods has been part of the Frostkrone Food Group from 07 February 2020. This group of companies with its headquarters in Rietberg, Germany is thus once again expanding its international presence on the food market.

The location of Kirkcaldy in Scotland is where Innovate Foods produce deep-frozen finger food and snacks for the wholesale trade, for retailers and for the food service sector, with all production taking place in their state-of-the-art facilities there. The company, based in Scotland, was founded by Tony Dumbreck and is still being run by him today. Innovate Foods Ltd is one of the leading producers of finger food in Great Britain.

Current product innovations to come out of the company's ateliers include the following:

Investing in the future

Back in 2018 the Frostkrone Food Group acquired the companies of Piz’wich Europe and Varenne Gastronomie in France. A year later in 2019 Rite Stuff Foods in the USA came on board.

Frédéric Dervieux believes the Group is well positioned to meet the challenges of the future: "The acquisition of Innovate Foods means that we now have direct links to a location in Great Britain. We have been nurturing close customer relations to this country for many years. And with a view to the economic changes that Britain's exit from the EU will bring about, this merger will give our local customers there and, of course, will give us, too, the safeguards and the flexibility so necessary and so desired by all concerned."

Thanks to its wide and versatile range of deep-frozen finger food and snacks, this business group has won over so many customers on the domestic market and on the international ones, thus witnessing a steady growth in sales since 2013. And the export market, in particular, has been constantly expanded. The current product range is delivered right across the globe and includes destinations in Switzerland and the Netherlands, in Scandinavia, France, Spain, Portugal, Great Britain, in the eastern European countries, in the USA and also in Asia.

The extensive and thoroughly international selection of the Group's street food products can be found in the retail trade, in food service outlets and at snack stations.

Over 30 years Innovate Foods Ltd has been developing and producing variations on deep-frozen finger food for the wholesale trade, for retailers and for the food service sector.

The company, which is located in the Scottish town of Kirkcaldy, boasts cutting-edge production facilities. These work with two production lines. The bottom line is that Innovate Foods is thus able to turn out bespoke ideas for customers swiftly and flexibly.

Innovate Foods Ltd is one of the leading producers of finger food in Great Britain. The company is certified AA* rating in accordance with the BRC Global Food Standard.

Frostkrone has its headquarters located in the town of Rietberg, in the federal German state of North Rhine-Westphalia, and is specialised in the production and marketing of deep-frozen finger food and snack products. Since its founding in 1997, the company has established itself as an innovative trendsetter in the deep-frozen, convenience food segment. The year of 2018 saw Piz’wich Europe and Varenne Gastronomie becoming part of the Frostkrone Food Group and in 2019 the US-American business Rite Stuff Foods Inc. swelled the ranks when they joined the Group.

The Frostkrone Food Group stands out in sharp relief because of its incredibly wide variety of finger food and snacks. The Group markets its products in the food retail trade and in the food service industry. The many-faceted range of products is available worldwide in a great deal of countries including those in Scandinavia, the Netherlands, France, Spain, Portugal, Great Britain, Switzerland, in the eastern European countries, Asia and in the USA.

The Frostkrone Food Group boasts several cutting-edge production facilities in Germany, France and in the USA.